A router is the central point of your network. The router distributes the internet connection via wired and wireless connections. A wireless connection is also called Wi-Fi. In addition to the traditional PC, more and more devices in the home use the internet. Consider for example your smartphone or tablet, but also washing machines or home automation systems home automation. Because a router plays a facilitating role in providing internet to all these electronics, the router has been given an important function. A stable and fast network starts with placing a router that fits in with your personal situation. With the hpe support you can have the best deal.

What is the difference between a router and a modem? 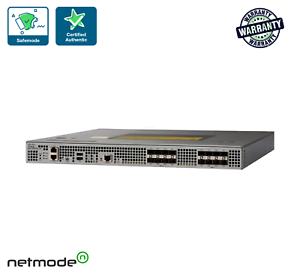 Basically, the modem is used to convert an information signal or technically speaking, to modulate and demodulate. In the case of network connections, a modem converts the incoming signal from your providers such as a fiber optic signal into a usable signal that can be read by, for example, your television, telephone or computer. The modem is usually placed at the place where the cable connection of your network manager enters. A modem is necessary for every application. You can compare it to a transformer house, which converts high voltage from the electricity pylon into a usable 230V home connection. A modem often has one or more connections for a fixed telephone (RJ11), internet (RJ45) and television coax. The modem is, therefore, necessary to connect peripheral equipment.

A router has an additional function on the modem. A router divides the internet connection by creating a network. On that network, devices can be connected via an internet cable or a wireless connection. You can, therefore, more or less see the router as the access point to the internet for all your devices. Routers are becoming more and more advanced, which means that – in addition to distributing the internet connection they have a wide range of features built-in, such as printer operation, USB storage or extensive data monitoring. Routers are becoming increasingly smarter and will play an important role in managing your network environment.

Looking at routers and modems, we can also speak of a ‘hybrid’ solution. A modem router combines the modulating and demodulating function with the router’s distributing function. This means that the modem router can be directly connected to the cable of the network operator that enters your home or office. A modem router is often equipped with one or more connections for telephony, internet and television and can often create a WiFi signal. In practice, a modem router is increasingly supplied with an internet subscription that you take out with a provider.